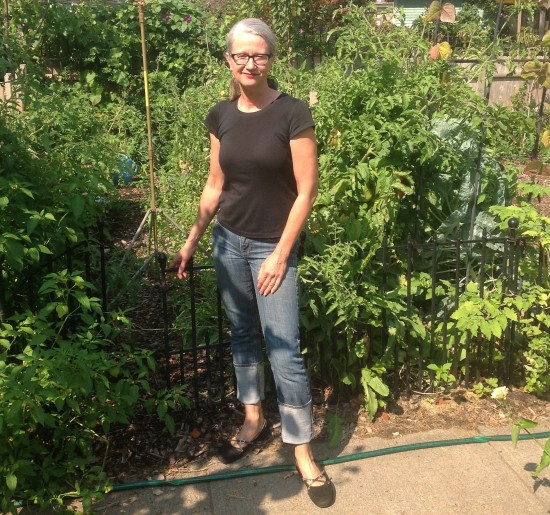 Heavy for a gardener, but not for a 52 year-old American 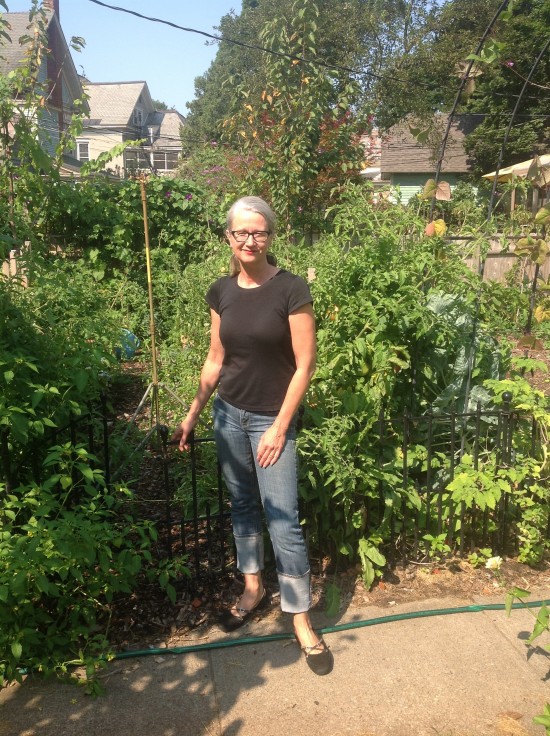 Heavy for a gardener, but not for a 52 year-old American

Friend of Rant Christopher C of Outside Clyde is the rare exception that proves the rule: He grows beautiful vegetables, but feels inept cooking them. (Must send you some cookbooks, Christopher!) But most vegetable gardeners live for the kitchen. They grow the tomatoes because they want to make the homemade sauce. They have the basil the size of boxwoods because they want to produce the pesto on a whim. The really crazy ones–me–even grow the dried peas for the hummus and the dried beans for the chili. Yes, this effort is ridiculous when even organic dried legumes cost nothing, but my own do taste better. Vegetable gardeners are ruled by their palates.

Despite this intense interest in food, however, most of the vegetable gardeners I know look pretty terrific, at least compared to the people in your average shopping mall. We get a lot of exercise. We may not have it all perfectly balanced, especially in a good tomato year–I threw a party last weekend with a total storm of food from my garden, and the first thing my mother did when she walked in the door was to ask why I’m so “heavy”–but it’s generally a system that hums along without a lot of artery clogging or fat accumulation. Exhaust yourself weeding and mulching, cook fabulous meal, eat what you want, exhaust yourself weeding and mulching.

So I cannot tell you how ANNOYED I have been over the years by the supposed scientific evidence that the key to longevity is near-starvation. I know a few truly skinny people, the ones who don’t seem to like to eat, and they do not exhibit the glow of people who dine on sunshine and soil, or rather, plants grown in the sun and good garden soil, where as many as a million different species of bacteria in every gram are contributing various enchantments to their food that will soon, I am betting, be confirmed in the laboratory. I was so delighted this week therefore to read in the New York Times about a long-awaited major study of rhesus monkeys that found that severely restricting their diets did not prolong their lives, as the “surprised and disappointed” researchers had expected.  All it did was make the monkeys’ lives less joyful.

Of course, there is always something to be annoyed about in the world of science, since far too few scientists are gardeners. And I was intensely annoyed by an recent op-ed piece titled “Debunking the Hunter-Gatherer Workout” by anthropologist Herman Pontzer. Pontzer writes about a study he conducted with some colleagues of the Hadza people of Tanzania, one of the world’s last remaining hunter-gatherer cultures.  The researchers used very precise biological markers of daily energy expenditures and found, surprisingly, that despite covering miles and miles of terrain every day, the average Hadza burned no more calories per day than the average fat American.

The theory is that the Hadza expend fewer calories on the basic processes of cell metabolism, which allows them the energy for physical activity. Pontzer believes this study debunks the idea that our national obesity problem is due to inactivity. He sees fatness therefore as purely a function of diet–it’s not that we don’t move enough, we eat too much. “Physical activity,” he writes, “is very important for maintaining physical and mental health, but we aren’t going to Jazzercise our way out of the obesity epidemic.”

On the surface, that statement is ridiculous. How many fit people do you know who are obese?

But even if he’s right, even if exercise won’t make us slim, maybe it’s still better for our bodies, our minds, our appearance, our morale, our yards, our world, for the inner processes that prop us up to be conducted so sleekly and efficiently that we have energy to expend outwards. Fortunately, as a counter-balance to the depressing Pontzer, we have Andy Coghlan, whose piece in this week’s NewScientist argues that exercise is “the best medicine.”  He writes

A plethora of recent studies shows that exercise protects us from heart attacks, strokes, diabetes, obesity, cancer, Alzheimer’s disease and depression.  It even boosts memory.  And it has the potential to prevent more premature deaths than any other single treatment, with none of the side effects of actual medication.

So, in the interest of preventing my own premature death–and the premature deaths of the people I love–I intend to continue to be heavily engaged in two activities, gardening and eating, until the day some 45 years hence that I keel over in a patch of parsnips. And I promise you, I will enjoy many, many great meals along the way.