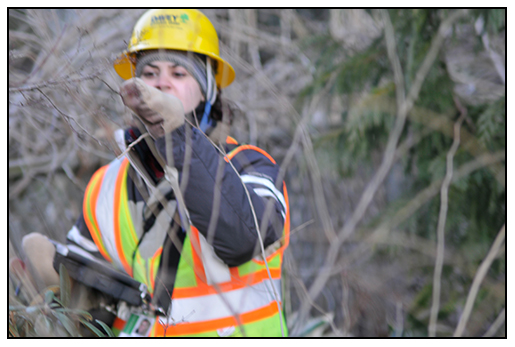 I’ve been waiting for two years to write about this – and to avoid any bad juju, I just avoided writing about it. But now, I need to face the inevitable – we in Worcester Massachusetts are facing a biological disaster, and my garden in smack dab in the middle of it. We may loose every deciduous tree in the government finds one hole from a not so tiny beetle from China. The Asian Long Horn Beetle – recently escaped from wood shipping containers from China, is threatening the existence of hard-wood trees in parts of North America, and Europe.
I live in a small part of Worcester County in Massachusetts where the Asian Long Horn Beetle has been found. Two years ago, we joked a little that the beetle, if it came from anywhere, came in one of our rare plant shipments ( it’s didn’t), but the joke quickly became serious when the government swept in and quarantined half of our county, and then proceeded cut down every deciduous tree in a 5 mile radius in an attempt to stop the infestation of this destructive beetle that now threatens most every deciduous tree in North America. With many host species such as maple, ash, birch, oak and most every tree except evergreens, we have been keeping our eyes open for the tell tale holes found in infested trees. 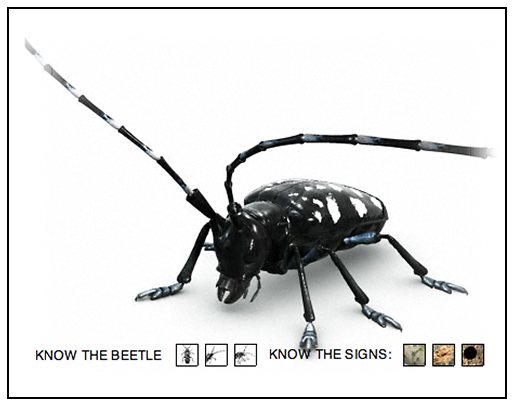 As of today, nearly 20,000 trees have been cut down in our county. No wood or wood products can leave our county since the government quarantine has been enlarged to now include our property.
Then, this morning,  I awoke to scene reminiscent of those found in one of those bad SciFi channel disaster films – 5AM, a knock on the door, and a team of agents in uniforms, clipboards, cameras and various scientific devices began sweeping through our garden. As I picked up the morning paper, I thought ” Maybe a UFO crash landed in the back yard”, as a helicopter roared overhead.
Men and women in uniform, entered the garden from all entrances.They opened gates, looked in the greenhouse, and out in the woods out back, spot lights, and a crowd of officers in safety vests looking up into the trees. Actually, most of these very official looking officers are students, employed by the government’s beetle buster program. And all were very polite, and curious about many of our rare trees. The good news? We ‘passed’ this phase, although I was instructed to call the government program for next steps. 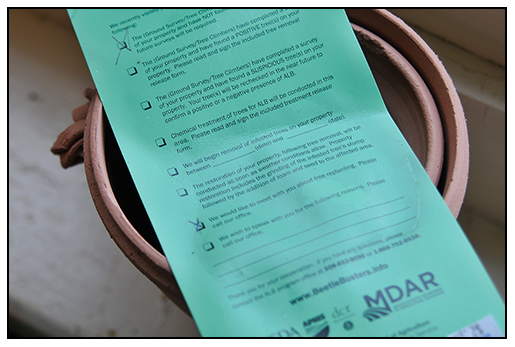 We passed this phase! 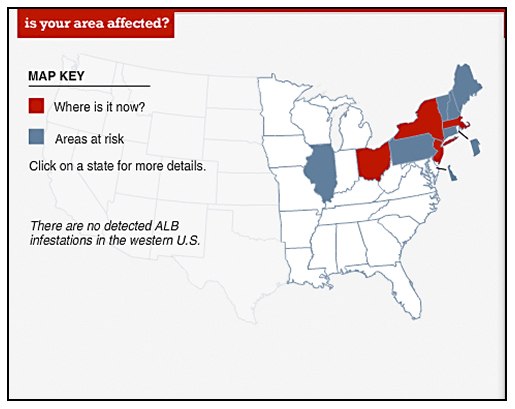 Two years ago, the only infested area was a small area near Chicago, a section in New Jersey, and our city in Massachusetts. As you can see, the threatened area has been expanding. To learn more about the Asian Long Horned Beetle, please visit the US Government’s Beetle Buster site.